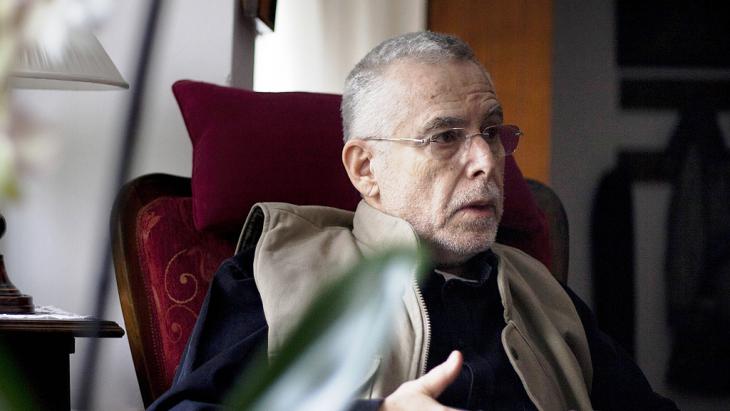 Hundreds of journalists, caricaturists and scholars have been denounced for insulting the Turkish President. Now you and three of your colleagues have filed for defamation against Erdogan. Why?

Baskin Oran: A few academics launched an appeal to stop to the war against the Kurds. Erdogan severely slandered the signatories in several televised speeches. He called them despicable, vicious and detestable and described them as, among other things, traitors to their country, scoundrels and a dirty mob. I sued him for three reasons. Firstly, I personally could not put up with these grave insults any longer. Secondly, some of my students and young academics were thrown in jail for signing the appeal. As a professor emeritus, I could not simply ignore this. And thirdly, for the public good: I wanted everyone to know that even those who govern Turkey are subject to the law. Anyone who uses even one of these insults in Turkey is either fined or imprisoned. Particularly offensive are the terms “despicable” and “traitor”. Erdogan has filed more than 2,000 suits against young people who use such terms on Facebook. So I filed a suit against the President, who after all used the exact same terms.

You have chosen to take the legal route, despite massive pressure exerted by the government on the courts.

Oran: What else was I supposed to do? Should I exercise my “right of peaceful demonstration”, as set down in Article 34 of the Turkish Constitution, only to have police vehicles inundate me with tear gas? Or should I let myself get beaten up and arrested? All this would only end up playing into Erdogan’s hands. He needs this kind of ongoing tension and strife in the country in order to shore up his one-man regime, based on the idea “If you just scare people enough, they will seek refuge in authoritarian rule”.

These days, justices of the peace appointed by Erdogan himself, flouting the traditional rules for their appointment, decide during the first hearing to arrest the accused. So even if you are acquitted in a trial by a proper judge, you will still spend several months in prison beforehand. This is state-sanctioned terrorism. There’s only one thing left to do: adopt Erdogan’s method of “attack is the best defence” and pursue legal proceedings ourselves. After all, the citizens of this country are the ones who are supposed to be protected by the judiciary, not those holding government office. If I cannot obtain justice in Turkey, then I’ll take my case to Strasbourg.

You launched an appeal against the military regime in 1984. How does the situation back then compare to what academics are facing today?

Oran: I experienced four military coups between 1960 and 1997. I spent time in prison in 1971. After 1980, I was cast out of the university for eight years. But there has never been a time like today. Academics are being harassed and threatened and are losing their jobs if they sign a petition. Newspapers are being shut down, Constitutional Court judgements and whole elections purchased by the highest bidder – when the last election did not turn out in Erdogan’s favour, he blocked the establishment of a government for 45 days and then announced a new election.

What does courage mean to you?

Oran: I would rather call it “being consistent”. I am retired, but my wife has an income, so I wouldn’t starve to death. And throwing a professor emeritus in jail would damage the Erdogan regime more than it would me. I would say “courage” describes what the judge Murat Aydin from Izmir did. He petitioned the Constitutional Court to abolish Article 299, which criminalises defaming the President. He was thereupon transferred to Trabzon. It would have been better to send him out into the Sahara, because Trabzon is an area where many Armenians and Greeks lived before the founding of the republic. Today, it is the Kaaba of the nationalist, weapons-happy conservatives on the eastern Black Sea coast.

Do you think you will win your case?

Oran: I already have! Do you know how Erdogan defended himself against our accusations? He said: “Saying such things” – referring to the slanders – “is part of my freedom of speech.” Could there be a greater victory against someone who is in the process of turning into a dictator? By the way, I believe that there are some very honest judges working in the Turkish justice system. If we get one of them for our trial, we will not have a problem. And besides, initiatives like this one go down in history, for example the “Report on Minorities” I wrote in 2004 and the “We apologise to the Armenians” petition in 2008, which was signed by 32,000 people. These activities can perhaps not improve the Turkey of today, but perhaps they can make the Turkey of tomorrow a better place.

Translated from the German by Jennifer Taylor