Minorities and Minority Rights in Turkey: From the Ottoman Empire to the Present State, 2021 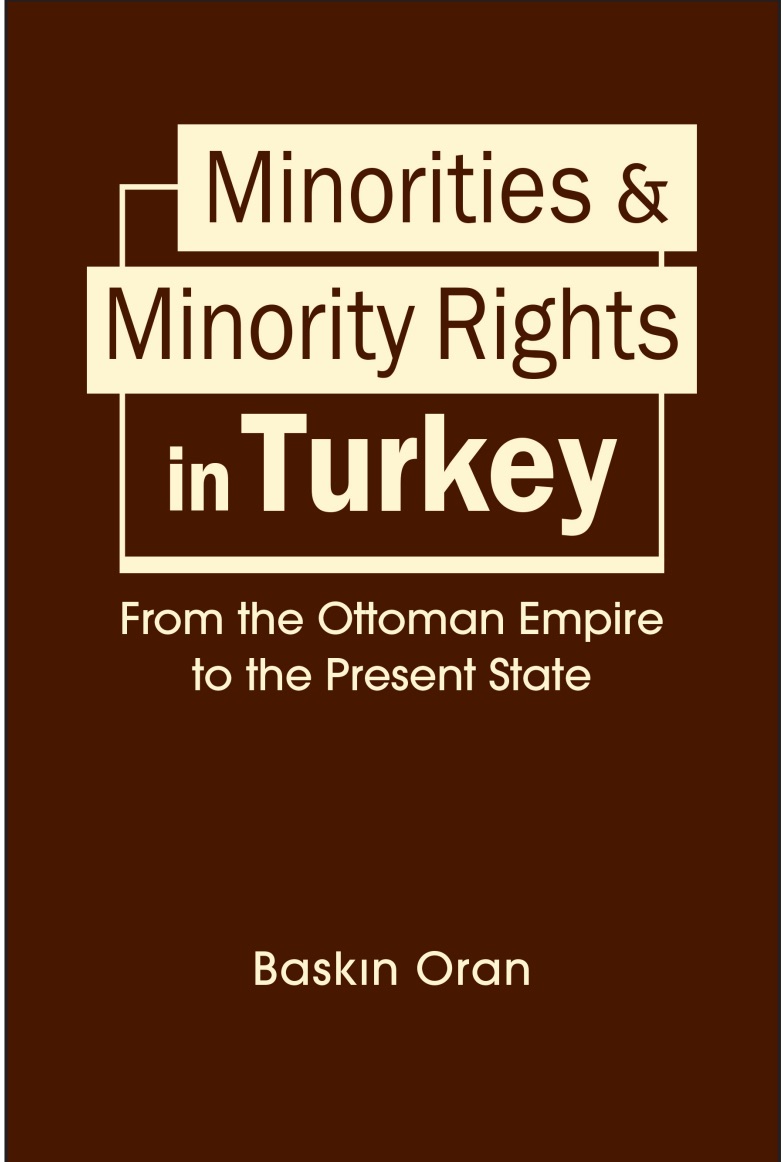 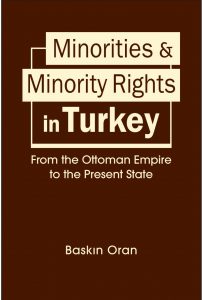 The collapse of the multiethnic, multireligious, and multilingual Ottoman Empire after World War I led to the establishment of several nation-states, with enormous repercussions for the empire’s minority populations. Baskın Oran focuses on religious and ethnic minorities in the Republic of Turkey—home for centuries to Alevites, Armenians, Greeks, Jews, Kurds, Syriacs, and more—to provide a comprehensive analysis encompassing the Ottoman era to the present.

Minorities and Minority Rights in Turkey is a revised and updated version of Etnik ve Dinsel Azınlıklar: Tarih, Teori, Hukuk, Türkiye, published by Literatür in 2018.

Baskın Oran is professor emeritus of international relations at Ankara University. An outspoken activist, his challenges to the ideology and practices of Turkish state institutions have led to numerous reprisals, but he continues to advocate for human rights.

Ethnic and Religious Minorities: A Conceptual Framework.
Minorities in the Ottoman Empire.
Minorities in the Republic of Turkey.
Turkey’s Obligations Under International Law.
Minorities in Turkey’s Laws and Legal Structures.
Legislative Reforms, Resistance, and Reversals.
The Ideological Foundations of Repression and Discrimination.
The Implications of Persistent Rights Violations.

Minorities and Minority Rights in Turkey:
From the Ottoman Empire to the Present State
(Detailed Contents)

I) The Purpose
II) Key Concepts

The Definition of Minority and Related Concepts / Empire, National State, Nation-state / Minority Policies of the State: Recognition, Assimilation, and Cleansing

Chapter 2 MINORITIES IN THE OTTOMAN EMPIRE

Chapter 3 MINORITIES IN THE REPUBLIC OF TURKEY

I) “Official” Minorities in Turkey: Non-Muslims
A) The “Big Three”
1) Armenians
2) Jews
3) Rums
B) Non-Muslim Minorities Overlooked by the State
1) Antiochian/Arab Greek Orthodox Christians
2) Syriacs
3) Other Non-Muslims
II) Other Minorities in Turkey According to International Standards
A) Arabs
B) Alevis
Alevis and the Ottoman State: Massacres and Reconciliations / Alevis’ Languages / Pressures on the Alevi Population / Resisting Pressures: Alevi Organizations and Collective Action / The Mandatory Religious Instruction at the Courts / Court Cases Regarding Cemevis
C) Peoples from the Balkans and the Caucasus
1) Balkan Peoples: Slavs and Albanians
2) Peoples of the Caucasus: Laz, Georgians, Circassians
Georgians / Circassians / The Positions of the Caucasian and Balkan Migrant Compared
D) Kurds
Why Have Kurds Not Been Assimilated? / Are Kurds a Minority?
E) Roma People (Gypsies)

I) The Legislative and the Executive Powers
A) Nation, State, Language: Formulations in the Constitution and Laws
“Indivisibility of the State with Its Territory and Nation” / “The Language of the State Is Turkish”
B) The Problem of Defining the Citizen and the Turk
1) Before the Establishment of the State and Regime
The Minority Report and its Lawsuit / The Use of “Kurds” and “Kurdistan” Before the Establishment of the Republic
2) After the Establishment of the State and Regime
a) “Turk” and Race
The Early Years of the Republic / The Current Situation
b) “Turk” and Religion
i) Territorial Purge
The 1910s, 1920s, and 1930s / The Exile of 1964
ii) Physical Attacks
The 1920s and 1930s / The Pogrom of September 6-7, 1955 / Attacks on Non-Muslims Today / The Murder of Hrant Dink
iii) Religious Discrimination in Laws, Treaties, and Implementation
Earlier Subjugations and Persecutions: From the Lausanne Treaty to the 1930s / The Situation of Bozcaada and Gökçeada Islands / Pressures on the Minorities in the 1930s and 1940s / The Late 1940s and Early 1950s: Relative Relief / The Democrat Party and Non-Muslims / From the 1960s to 2020
II) The Judiciary
A) The Constitutional Court: Decisions to Close Kurdish Parties
Parties Closed Down due to the Kurdish Issue and the ECtHR Response / Two Important Observations on the Constitutional Court’s Closure Decisions
B) The 1936 Declaration and its Implementation
1) The Court of Cassation
2) The Council of State

A Different “Revolution from Above” / Freedom of Expression: A Touchstone
I) Radical Reforms Regarding Minorities
A) Constitutional Amendments
B) The EU Harmonization Packages
II) Implementation of the Reforms until 2016
A) Practices Related to Non-Muslim Minorities
1) On the Immovable Property of Non-Muslim Minority Foundations
The Problem of Properties Seized by the Treasury and the VGM / Problems Caused by the Sale of the State-Seized Properties to Third Parties / The Problem of Properties Registered in the 1936 Declaration and Used by Foundations, Yet Not Registered in Their Name
2) The New Foundations Law of 2008
When Turkey Does Not Deliver a Solution, the ECtHR Does / Provisional Art. 11 in the Place of Provisional Art. 7
The Use of Foundations’ Property for “National” Capital Accumulation
3) The Recent Situation of Non-Muslim Institutions and Properties
Accomplishments / Persistent Problems and Failures / The Situation According to the European Commission’s Progress Reports / The Transfer of Turabdin Syriac Religious Institutions to the Treasury in 2017
B) Implementations Related to the Kurdish Issue
Radio and Television Broadcasting in “Different Languages and Dialects” / Learning “Different Languages and Dialects”: Kurdish Courses
III) The Situation After the 2016 Declaration of OHAL
A) The Situation Pertaining to all Citizens
1) The Legal Situation
The OHAL Regime in the Constitution and the National Assembly Bylaws / Legal Status of OHAL Statutory Decrees and their Implementation
2) The Consequences of the OHAL Statutory Decrees and Administrative Decisions
a) Detentions and Arrests
b) Institution Closings and Dismissal of Employees
Universities / Private Educational Institutions
c) The Appointment of Trustees to Municipalities and Companies
The Issue of Seizing Money and Property
d) The Board of Review of OHAL Operations
B) The Situation Concerning the Kurds
From the Dolmabahçe Accord to Trench Operations / The Period of Trustees

Chapter 7 THE IDEOLOGICAL FOUNDATIONS OF REPRESSION AND DISCRIMINATION

I) The Basic Approach: “Minorities Upset the Cohesion of the State and of the Nation”
A) Multiple and Layered Mechanisms
The Reversal of Four Principles / A Four-Layered Hierarchy / The Coalition of Four
B) Outcomes of the Basic Approach
Obstruction of Democracy / Division and Polarization of the Nation / Damaging Turkey’s International Prestige and Status
II) Modernization and Democratization in Turkey: Three Waves and Problems
A Double Contradiction: Entangled Kemalists and Islamists / A Cacophony of Herods and Zealots